One more lesson to learn

How do you know your prayers are being answered?

The beginning of the end

How do I know she is a warrior?

One week in Grace Honduras changed it all...

Never in my life I lived a week so intense like this one. We had a phenomenal graduation party. God manifested His glory as always in an amazing way. We were nervous for weeks thinking we wouldn’t reach our goal and certainly wouldn’t had food for 90 guests.

But the Mayor of San Pedro Sula City, Armando Calidonio donated delicious food and drinks for 90 people. He also donated chairs and tables.

Also one of the members of the Municipal Corporation, Mirna de Palma brought gifts for everyone.

We receive 50 chicken from Pollo Rey, so we had extra food to give away.

Ana Dominguez got 30 families to sponsor one gift each, as well as provisions for the school kitchen and nursery.

Friends from USA and UK Paypal us so we could buy brand new shoes for each children.

All of our students got three gifts each, instead of one (which was our goal). It was a Christmas miracle to see all families work together in the morning to get all things organized before 10 am. 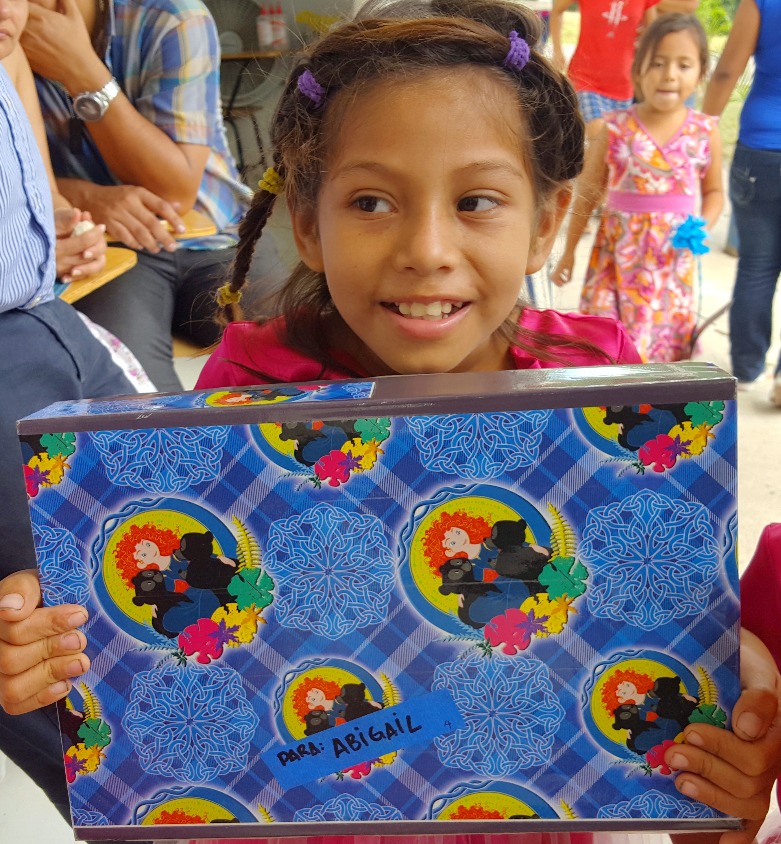 Mothers felt proud of their children for the first time and our students felt important, for the very first time.

It was our intention.

Estefany received an academic excellence award, Paola was ¨Student of the Year¨ and Nelson my favorite was ¨The cool guy from school¨.

While the country is burning down due to ideological political fights, we planted the future of the country.

To organize everything we had to travel one week before to San Pedro Sula, but exhaustion was such we didn’t wanted to travel back the day after graduation.

We thought to deliver food and other gifts to the families Monday morning, before traveling to Tegucigalpa, that was the plan…

Little did we knew Sunday night the Supreme Electoral Tribunal would announced the final results of elections, declaring Juan Orlando Hernandez as President for 2018-2022 period.

As soon as it was announced in every local channel it provoked a big convulsion nationwide. Protesters mobilized as soon as possible to different cities, especially to San Pedro Sula.

We had to deliver the chicken and gifts to the families of the dump, thinking the chicken would be cooked as the ¨Christmas dinner¨.

Knowing roads were closed and protesters were blocking the way by burning tires, trees, cars, trucks and destroying different building we took a chance.

We had to give money to them, to have permission to cross the road that would lead us to the community; it took us more than one hour to get there. It normally takes us 25 minutes tops.

I didn’t thought the situation on the way back would become more violent and from one moment, we were stranded between to protests and no way out.

With no way of returning to the school or the city. Our only way was trying to talk the protesters out to give us permission to pass, immediately a group of 20 masked and drunk men started to harass us, shouting there is no way out.

Trying to calm them down, I explained we do not live in the city, they all spoked at the same time, looking for a reason to hurt us.

Some of the neighbors told me to back off. The shouting was louder and I could only say ¨easy, it´s ok¨, when out of the sudden one of them had a bottle of gasoline and started to pour all of it in my car, which in seconds was all cover in gasoline.

The heat was strong and the car engine had been on for a while. I moved back as far as I could, some people shouted: ¨you better turn off the car¨.

While the masked man was in front of us, with a match in hand.

I thought my car will burn down. It’s a common practice in protests.

I turn off the car and said nothing.

I was ready to tell Katherine to leave the car when between the crowd a big guy told me: We are going to let you pass but don’t come back¨

The rest cleaned the gasoline of the car with water.

The masked man told me: ¨We are crazy¨.

I also feel this way, but to feed these children and give them love.

We spend three days in the hostel like hostages. Almost no food restaurants open neither banks. No way out of San Pedro Sula. No one on the streets due to fear. 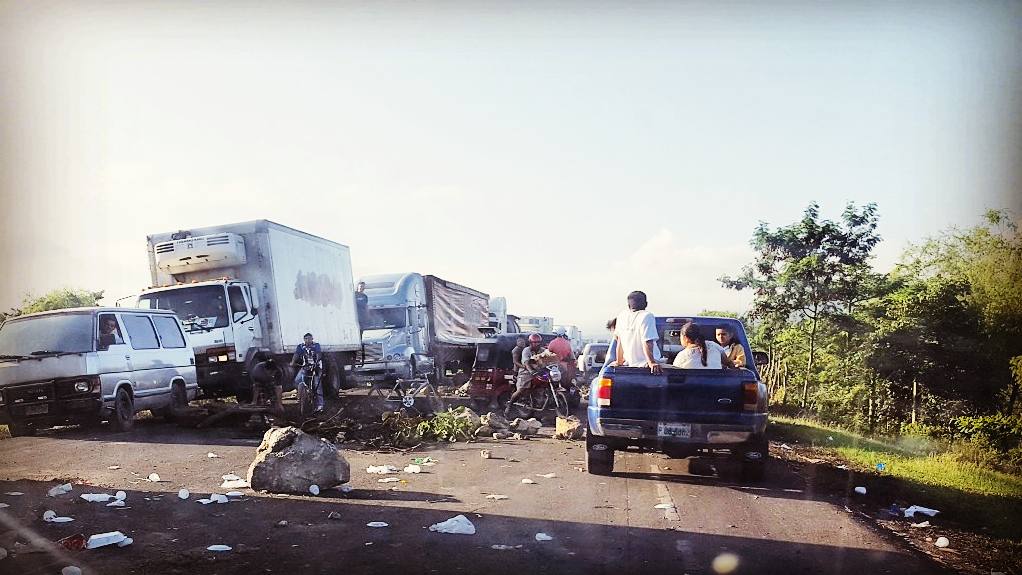 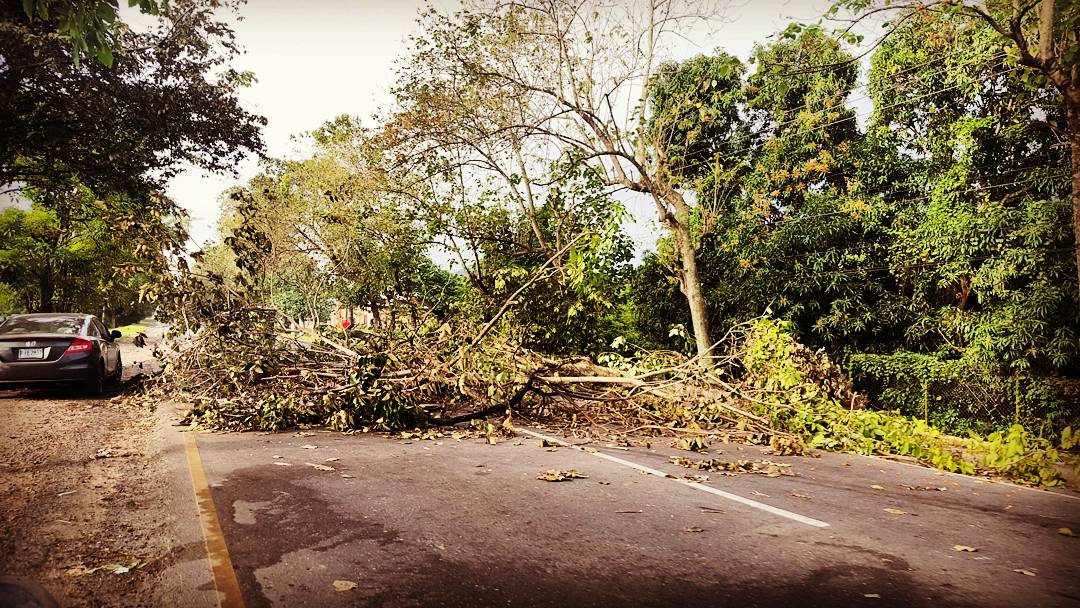 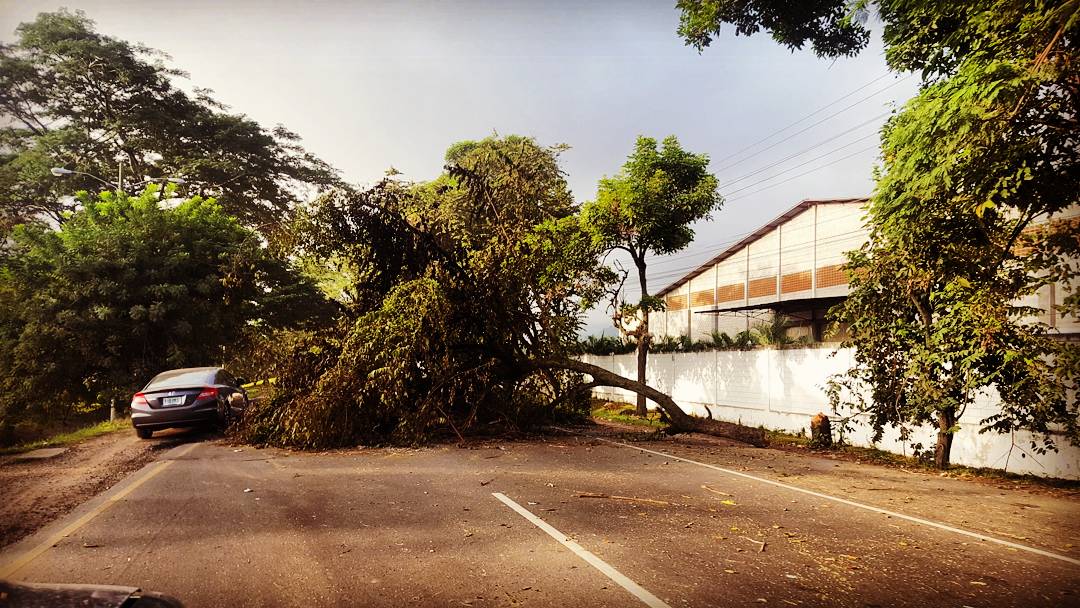 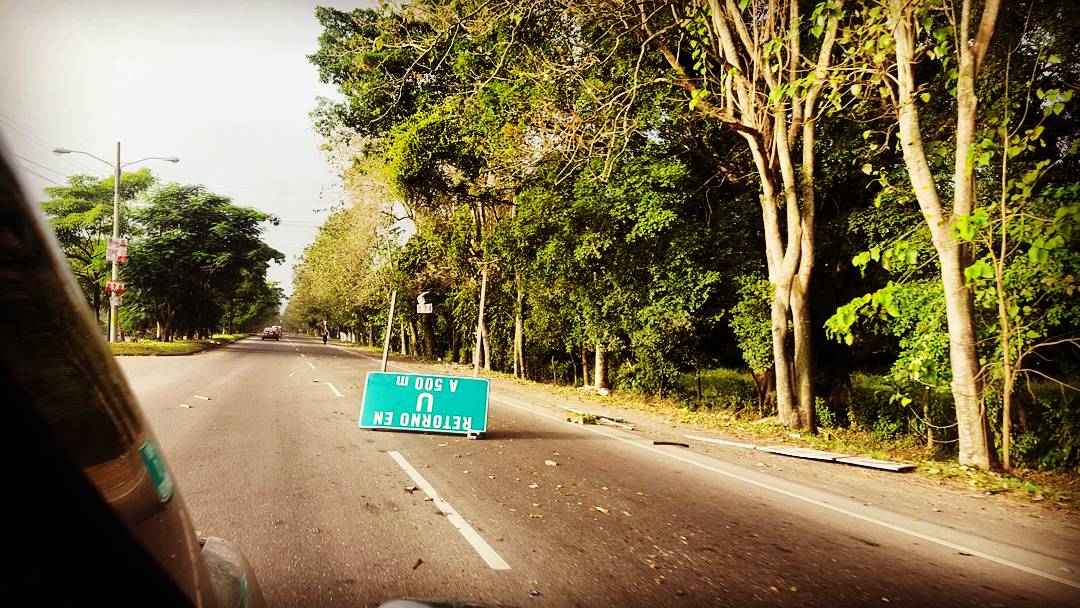 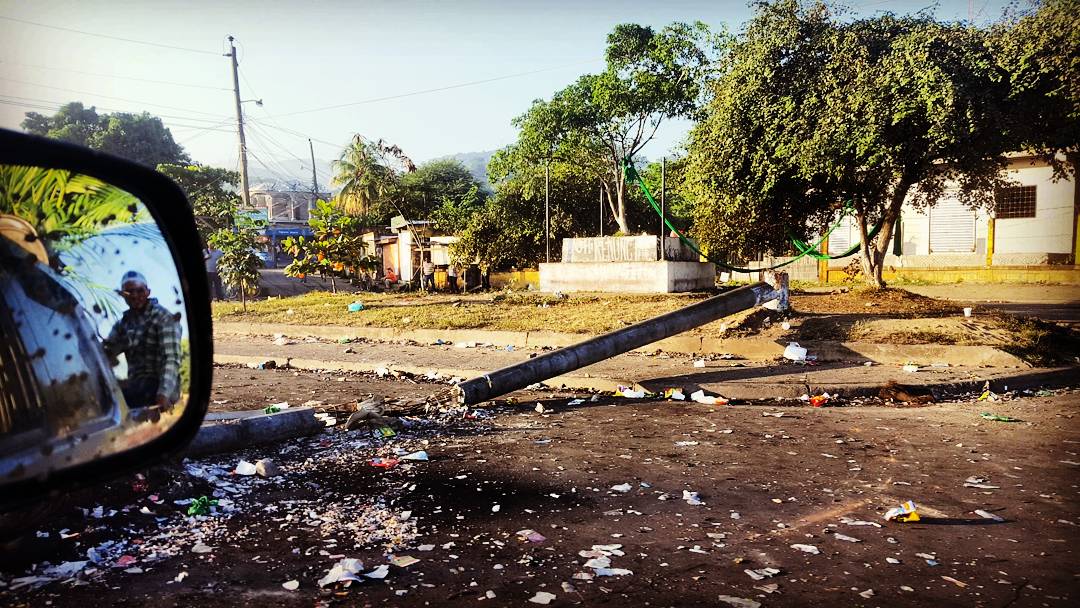 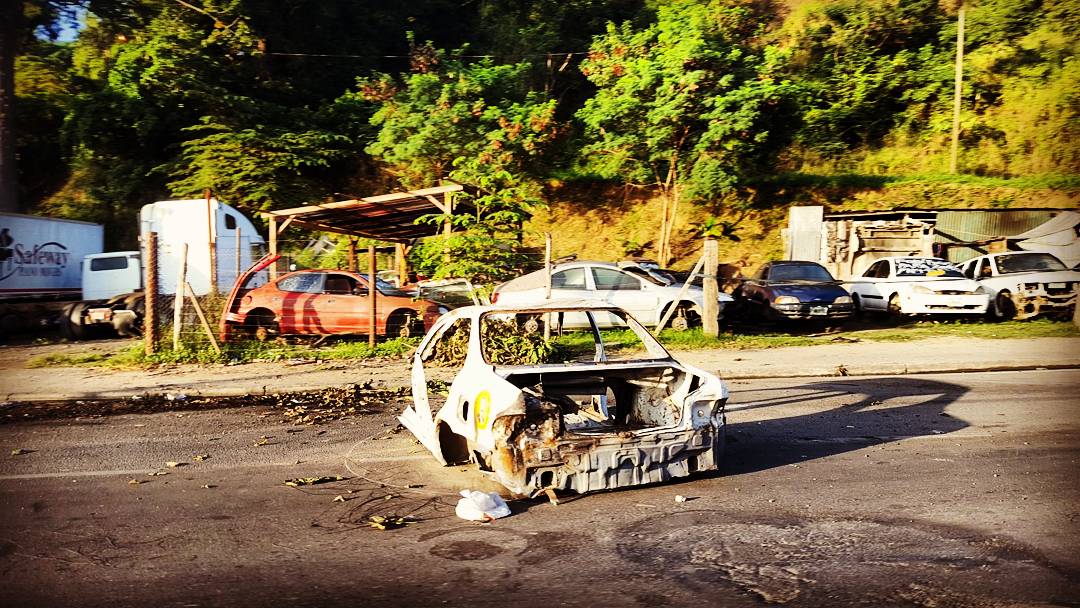 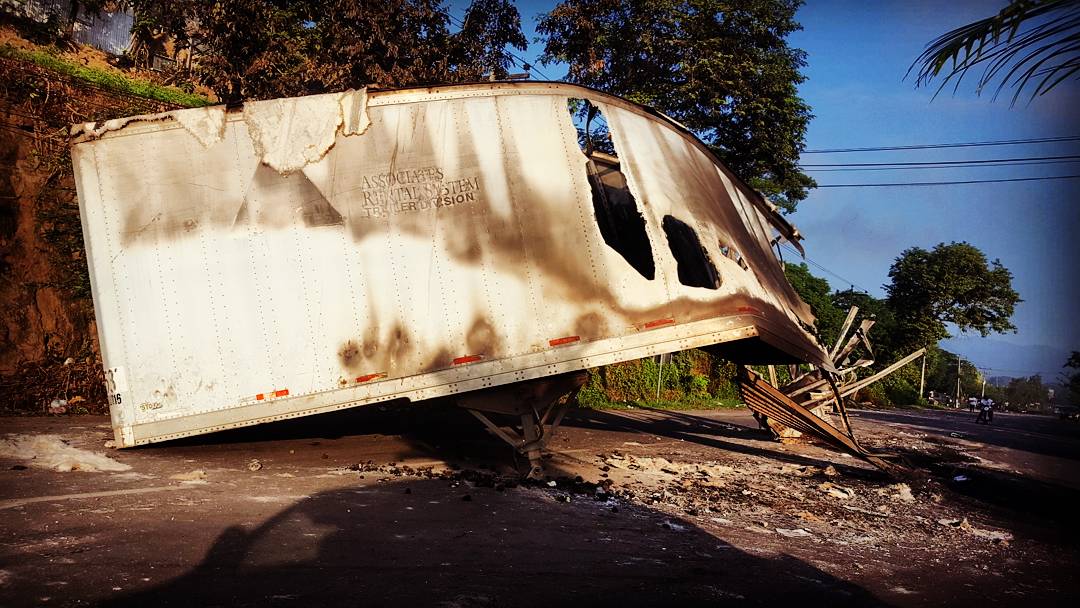 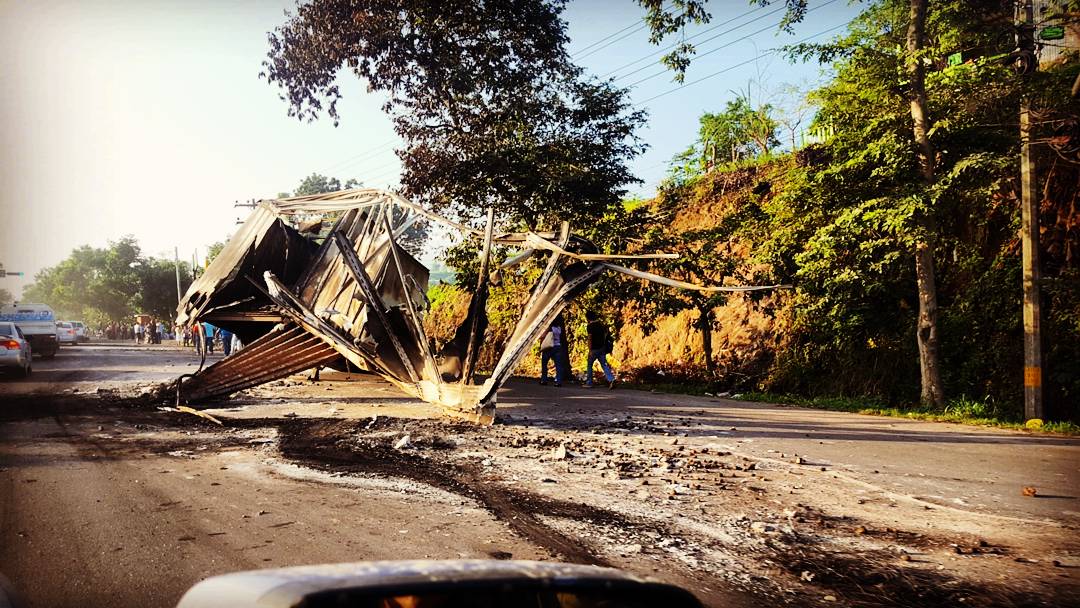 We had an amazing end of school year.

On the way back to the city, I saw Katherine crying and very nervous.

I parked and sayed: ¨Just like us, trapped in the middle of two roads with no way out, the children we serve, who ended their school year this Saturday lived. Between the fence of society and culture. But chains have been broken thanks to the education they are receiving. They will surely leave the trash dump, a bit scared just like you and me but safe, because God is in control¨

To Him all the glory and honor.

To Him all praise.